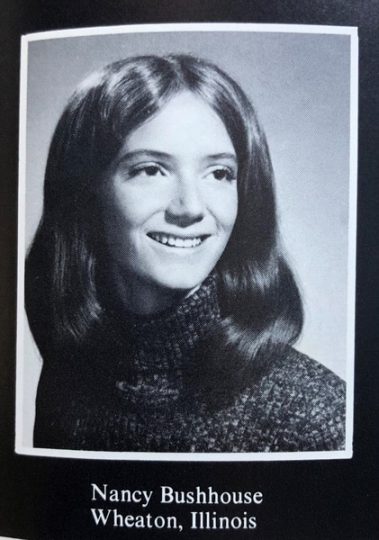 Nancy DeBoer has called Holland, Michigan, home for over four decades. Her extensive community and Kingdom service has spanned a variety of backdrops from the classroom to the airwaves to city hall.

After graduating from Calvin College (MI), Nancy taught middle and high school English. An active member in her church, she has served for many years on the worship team. She was also a member of the Holland Community Chorale. Not surprisingly, choir and ensemble classes with the late Hughes Huffman, the Academy’s former choir director, are among her favorite memories of her WA days. In fact, music has played a key role in the life of Nancy and her husband, Jim, a former public school music teacher and currently a professor of music at Hope College in Holland (MI).

In 2002, Nancy co-founded the West Michigan Character Council (WMCC) and served as its executive director for 17 years. The WMCC sought to promote and encourage the development of character qualities in the community.

Her commitment to the residents of Holland took on new significance when Nancy was elected to the Holland City Council in the at-large position in 2005, a position she held for ten years. As a council member, Nancy gave a TED talk to promote the Pay-it Forward Holland initiative, a program aimed at encouraging acts of kindness.

“My time at Wheaton Academy prepared and inspired me to pursue passions God had ignited and to do justice, love mercy, and walk humbly with my Lord and Savior forever.”

Nancy launched a new career in 2013 as a morning talk show co-host on a local Holland Christian radio affiliate, 1260 The Pledge. However, she relinquished this role in 2015 when she was elected Holland’s mayor, the first woman to hold that position in the city’s history. Nancy served two terms as mayor.

Nancy currently serves as assistant director for She Leads Michigan, an organization of accomplished women from across the state that offers faith-based solutions to modern-day challenges. In this role, she co-hosts the She Speaks weekly webinars and hosts the Heart and Soul segments of the WLNS ABC-TV program, Expert Connexions.

Growth Through the Process