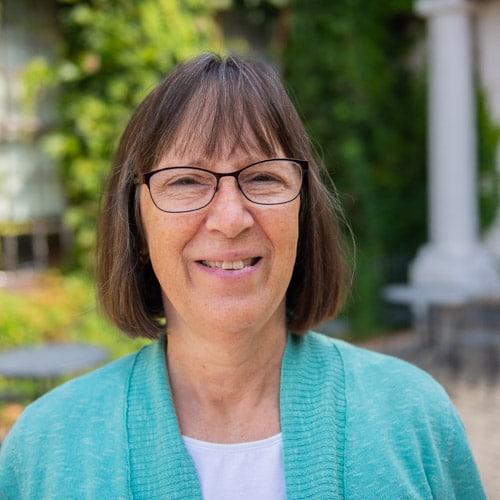 Assistant to the Executive Director of the Wheaton Academy Foundation; Fine Arts Accompanist

Barb Frost began accompanying the Wheaton Academy concert choir in 1997; first under the direction of Barb Mikolajczyk until 2000, Scott Finch until 2005, and Joel Visker until 2017. Now three directors later, she still is involved with the vocal arts program, accompanying the Concert Choir, Women’s Chorale, Men’s Ensemble, and Intro to Theatre Arts group under the direction of Helen Westerfield. Barb enjoys helping students make beautiful music and her job fits in with her spiritual gifting in acts of service. That service also extends to the office where she is the administrative assistant for the Wheaton Academy Foundation, the Wheaton Academy Institute, and the executive director of both entities (her husband Gene Frost). Her avocation is proofreading which she does even when she doesn’t want to! Barb also enjoys spending time with her eleven grandchildren who all live in the western suburbs.