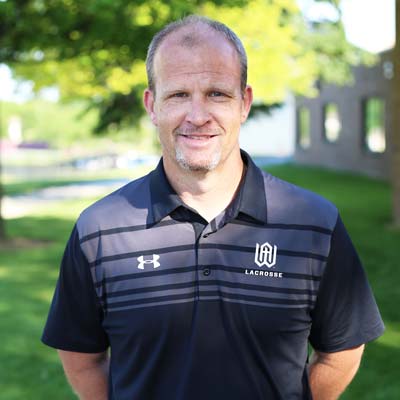 Geof Weisenborn came to Wheaton Academy after coaching 11 seasons with Messiah College’s men’s lacrosse team.  Under Weisenborn’s leadership, their men’s program competed among the top of the Middle Atlantic Conference.  Prior to his head coaching appointment at Messiah, Weisenborn spent 3 years as the head coach at Francis Scott Key High School in Carroll County, MD.  Weisenborn also spent 2 years at Michigan State University as the defensive coordinator in 1999 and as the club’s head coach in 2000.

Geof earned his BA from the University of Maryland, Baltimore County and has begun his MA in counseling.  While at Messiah, Geof was the weight room consultant for varsity athletic teams.