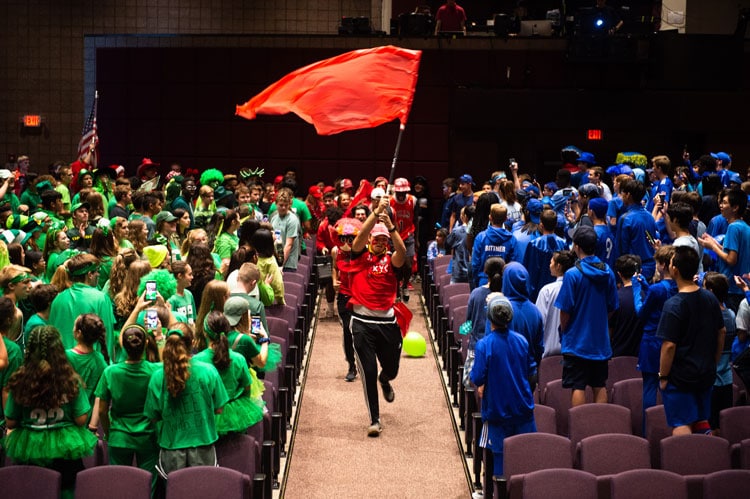 At Wheaton Academy, students kicked off Homecoming Color Day in their advisory groups before gathering for opening assembly. As students exchanged cheers and fight songs in the Fine Arts Center, seniors wearing red rushed the stage chanting, “We believe that we will win!”

Next, faculty dominated the dance floor, surprising students with a flash mob. 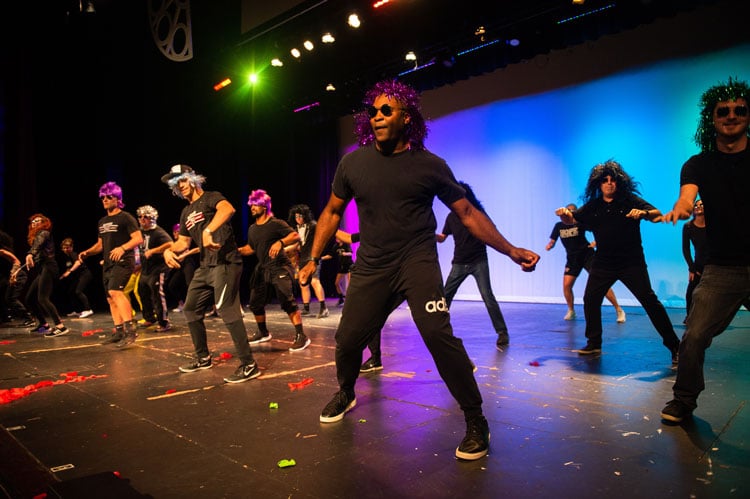 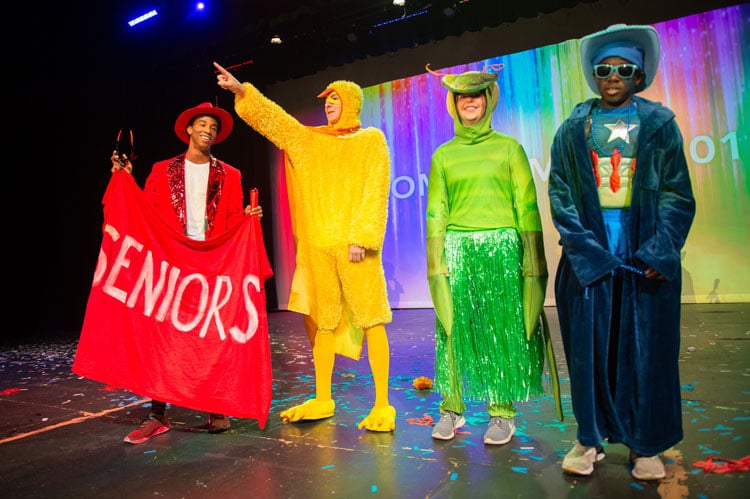 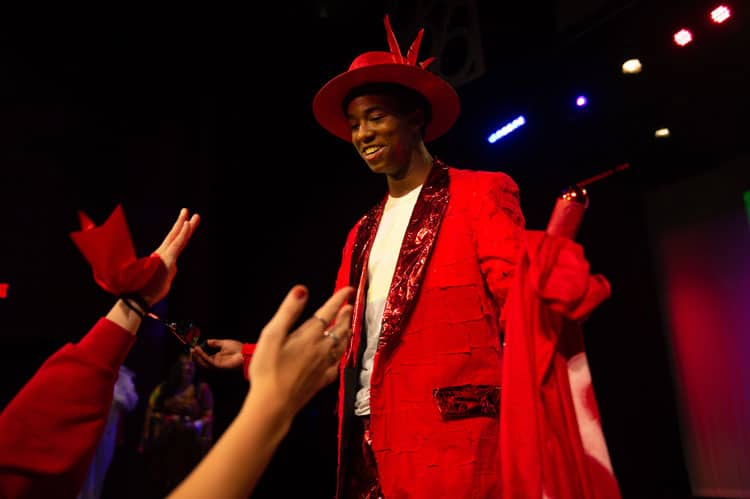 After assembly, students broke into smaller groups for field day competitions. Throughout the morning, students played games ranging from life-sized Hungry Hippo and Human Battleship to Tug-of-War and Knock Out.

“We are building community out of games and costumes,” Social Studies teacher, Nate Leman reflected. Dean of Students, Erin Carwell added, “Homecoming is awesome because it creates an opportunity for everybody to be involved.” 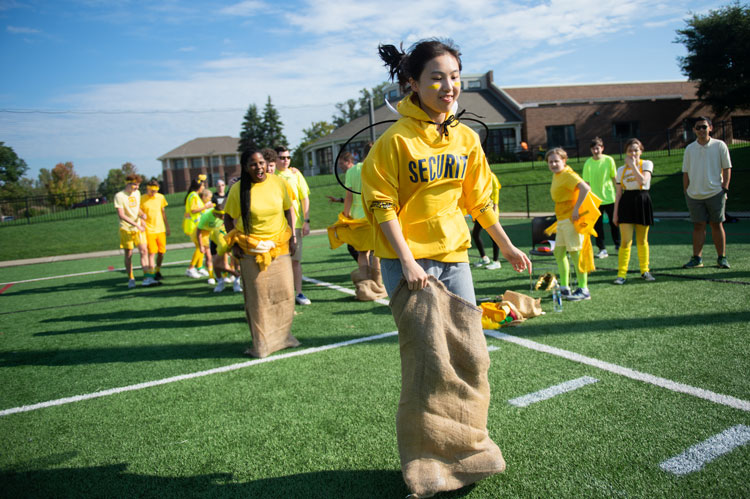 During the lip-sync competition, students rocked out to their favorite Disney tunes and boybands. 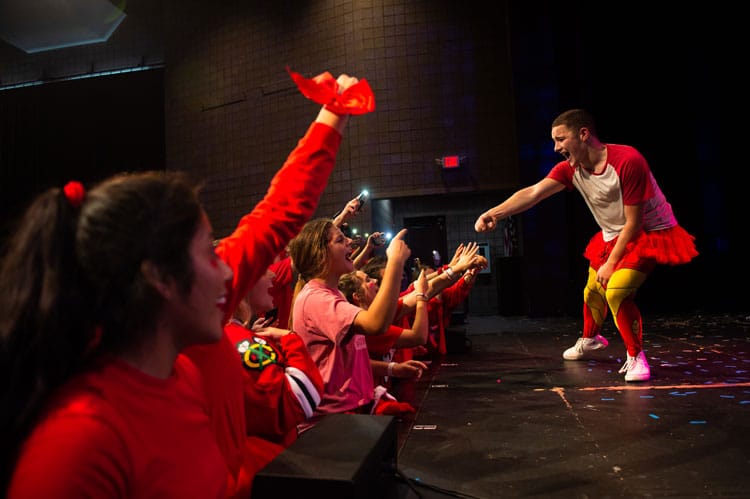 Seniors competing with Freshmen in the water balloon volleyball competition channeled their inner Jeff Brooke, chanting, “Pray for the freshmen, because they don’t know…” 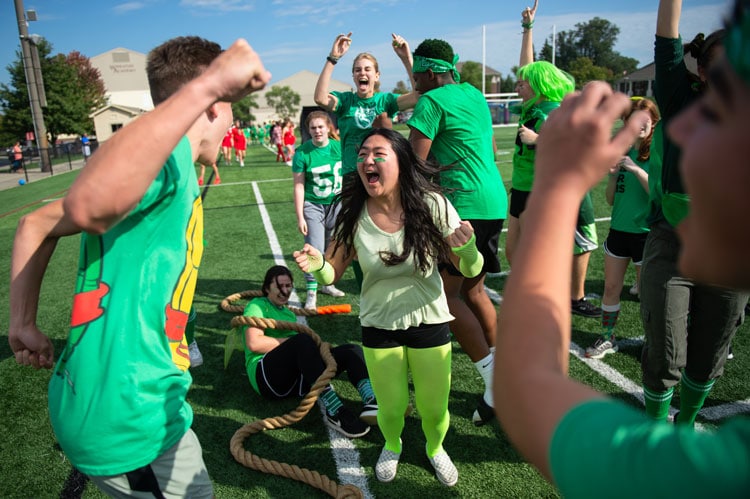 Games continued after lunch when students gathered at Performance Trust Field for the opening rounds of powderpuff football with snarky and entertaining commentary from coach Bowling.

First, Juniors and Sophomores faced off with sophomores scoring the first touchdown. Juniors bounced back in the second half, scoring a touchdown and tying up the game at 8-8. Junior Kelly Bickhart carried her team to victory, scoring the final touchdown in overtime. 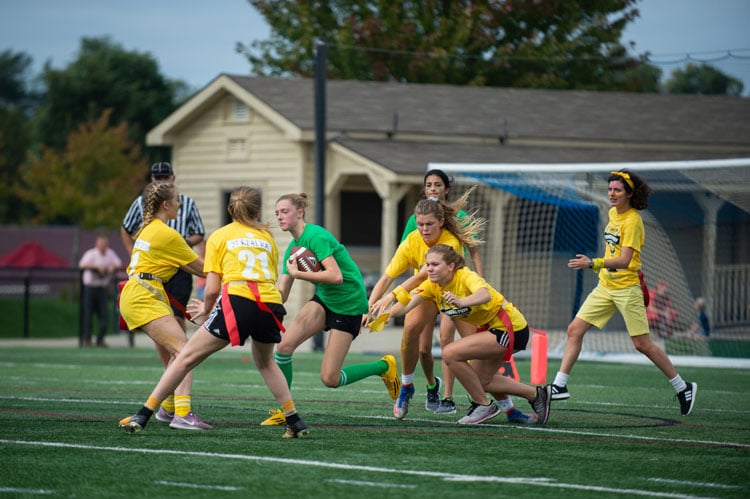 In the Freshman-Senior game, Freshmen took the lead with Ashlee Tran scoring the first touchdown. But seniors quickly surged ahead, winning the game at a final score of 22-6. 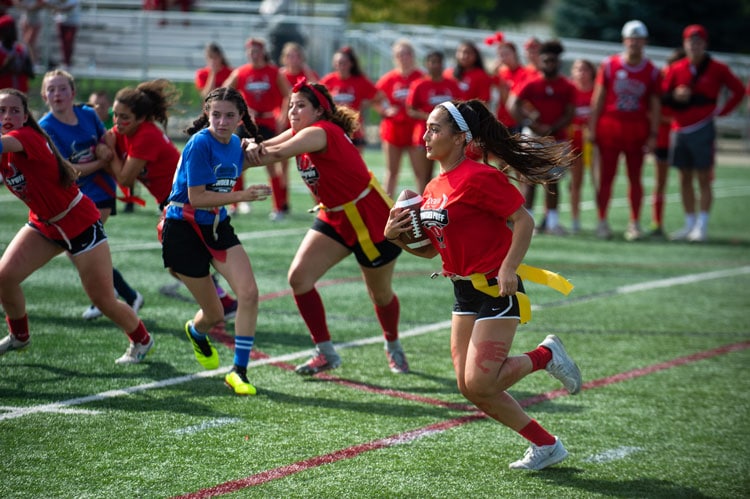 In the final competition on Thursday night, Juniors and Seniors will face off to determine the 2019 Powderpuff Champion.

When asked, students predicted that the seniors will win Homecoming. But Sophomore Jasmine Ji remembered the events from last year differently, “The juniors won Field Day last year, so we all have hope.”