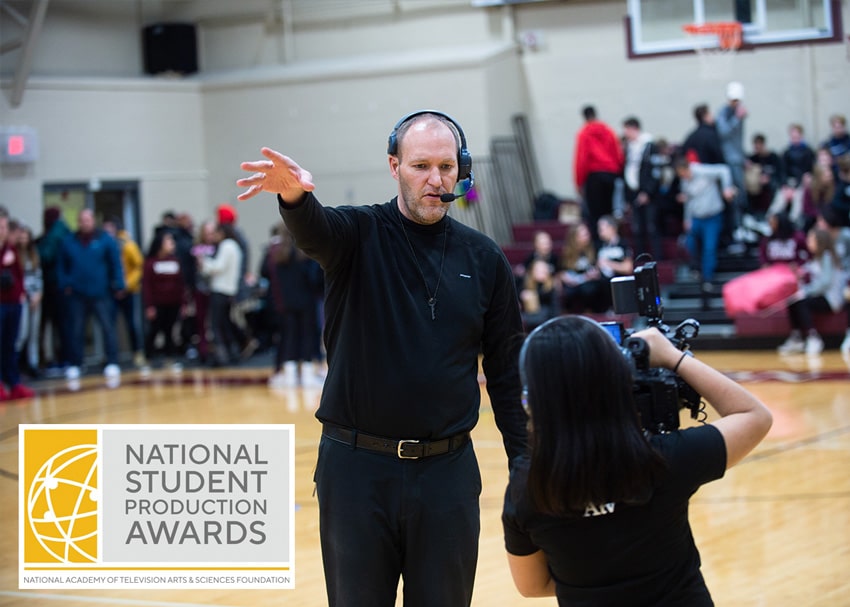 Eighteen years ago, Wheaton Academy launched a video production program. That program has grown to include our WAtv News class in Studio 22, Regular and Competitive Video Production, and even Sports Broadcasting. This year, for the first time, our students entered four videos in the high school competitions at the National Academy of Television Arts and Sciences (NATAS), the same group responsible for Emmy awards and nominations.

From these videos, we received three nominations including our WAtv news show, a football livestream and a basketball livestream. It is a huge honor to be nominated! Congratulations to Schuyler Williams, Logan Finnegan, Peter Sorenson, Rachel Cobb, Chas Lewchanyn, Kenna Tolman and Wes Kersey! On April 24th, we received word that our basketball livestream won a Crystal Pillar Award. This prestigious award recognizes students for outstanding achievement in video production. Congratulations to Rachel Cobb, Wes Kersey, Chas Lewchanyn and Kenna Tolman on winning a Crystal Pillar!

Watch the winning livestream broadcast below: