Today marks the end of our final week of Summer Academy. We were thrilled to have had nearly 400 students taking summer classes in our synchronous learning environment. Our teachers have been relentless in their pursuit of an innovative learning experience no matter what the platform.

Check out these spotlights to see some of the fantastic things that our students have been learning and creating in their summer classrooms.

In Mr. Burick’s Intro to Engineering class, each student received their own Ender3 3D printer kit. In class, Mr. Burick setup a streaming system so that students could assemble  their printers together in real time.

Then students practiced printing items of their choice. Some students are using their printers for their final project where they draw something in a 3D CAD program and then print their design. Mr. Burick shares, “The end goal is that students will have a way to produce a design that they engineered!“ 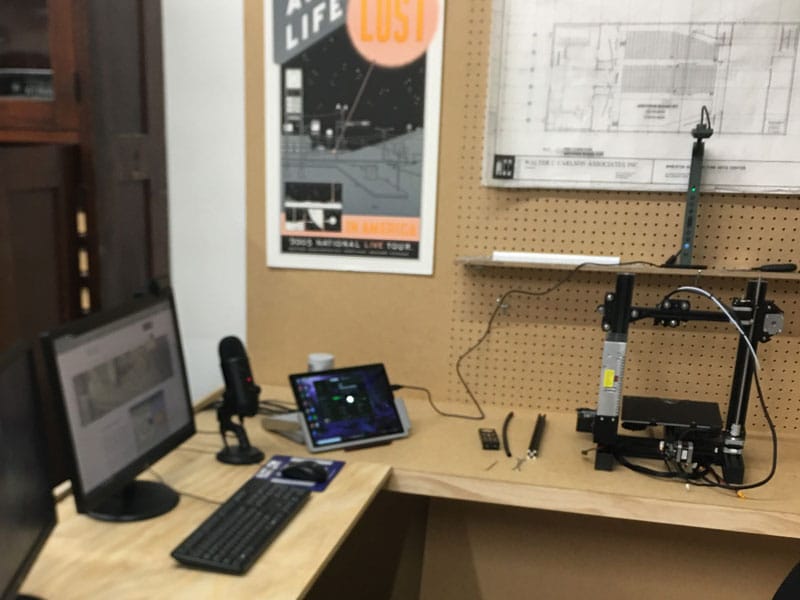 Our goal is that students will be able to identify and explain the connections between the two world wars from a variety of perspectives, and ultimately gain understanding of why Hitler was able to rise to power and why Europe allowed him to do so.

In their assigned roles, students experience firsthand how a person’s perspective has a direct correlation on their motivations and actions. Discussions during the conference focus on self-rule, colonies, the League of Nations, the inclusion of the racial equality clause in the League of Nations, containing Communism, and what to do with Germany. Each player present at the conference has a different end goal and a different understanding as to how each of these scenarios should play out. Unfortunately, most leave upset and defeated…setting a problematic stage for the rest of the 20th century

Voices of Wheaton Academy on Race and Justice

Wheaton Academy was founded in 1853 by abolitionists who wanted to start a school that would train their kids to “fight the evils of society,” specifically slavery. Since its founding nearly 167 years ago, the Academy, along with American culture, has had its struggles with both conscious and unconscious racial bias. As we strive to become a Kingdom Community, one of the most important ways we can move forward is to listen to the many voices of those in our community.
Read More

Welcoming Students Back to Campus

In a limited capacity, some of our students have been able to learn on site at Wheaton Academy this summer while still adhering to social distancing guidelines. See what they've been learning!
Read More

Mr. Regan, our Science Department Head, shares, “There’s nothing quite like interacting with the real thing in science. Students see that nothing in the natural world is ordinary, and that they are able to do more than they think they are capable of. Dissecting the frog together, even at a distance, was such a great reminder of the power of learning in community.“
Read More